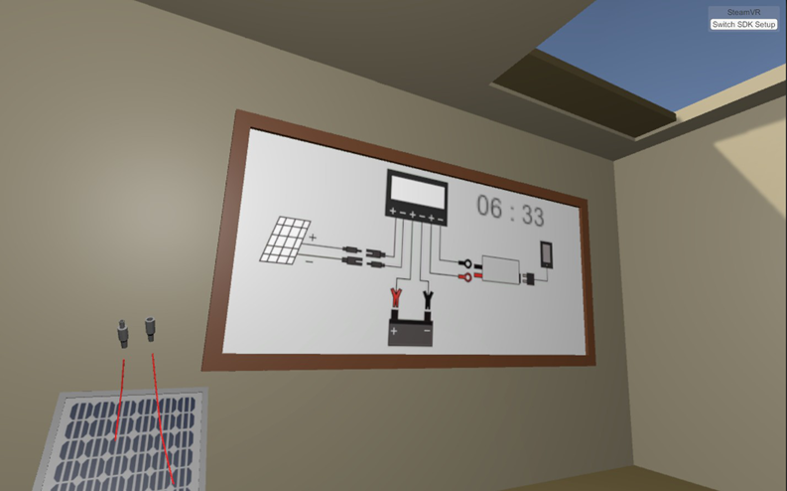 Are you curious about how a solar power system generates electricity?

Let's follow the following steps to understand and practice the assembling process!

The sales volume of solar panel made in Taiwan is among the best successful candidates, yet it is not generally used in Taiwan.

Moreover, the install fee of the solar system is so expensive in the worldwide.

Based on the development of green energy in the future, Eyemax designed the "Solar capture VR",

and use it to apply for more install and assembling applications.

Wearing VR equipment, operating the solar equipment and finish the solar power system.
Generating and store the power after the sunlight.

There will be a letter after users enter the program, informing it is about to blackout, please store the power before it does.

The parts of solar power system from the left to the right are storage battery, controller and transducer.

It can begin to charge after the whole system is installed.